We are so excited to announce that we are in the final stages of recruiting patients for a NEW medical travel TV series to be filmed on location in Thailand, in which CosMediTour is the exclusive agency. After two years in the making, with the trailer filmed in Bangkok in September 2014, and much development undertaken since then, the first series will commence filming from October to December this year in Bangkok and Phuket.

Interested in finding out more about Surgery in Thailand?

Enquire Now OR get a Free Assessment to Start the Journey.

Up to 40 men and women will travel to Thailand to take part in the first Australian series as patients undergo a range of procedures, from cosmetic surgery to dental treatments. The series will be an educational platform for not just the procedures and treatments, but will showcase the Thailand medical tourism industry and healthcare system to Australia and the world.

The 10 episode TV series will be filmed and produced by WTFN, the award-winning Australian Film and Production company. WTFN is best known for its back to back Logie award-winning Lifestyle TV program The Living Room and the international Bondi Vet series, now in its 8th year. WTFN has over 40 original programs and formats distributed to broadcasters in 170 countries.

The first series has already been pre-sold into over 50 territories and is expected to air in the first half of 2017, including a primetime slot on a major Australian network. Talks are already underway for international versions of the series to be filmed with patients from other countries also travelling to Thailand – which is renowned as the world’s premier medical tourism destination with over 2 million medical travelers arriving every year.

We believe this series will be an eye opening educational program, as there are patients on public hospital waiting lists of up to 3 years in their own country, living daily with debilitating pain. When they realise they can have surgery in internationally accredited hospitals in Thailand in just weeks, for substantially less than the cost of private health procedures in their own country.

Watch Operation Thailand on Tuesdays on Channel Nine Network from 10PM 2 May 2017. 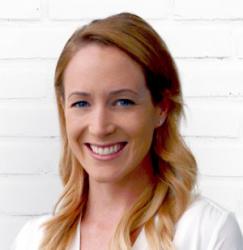