Featured on Operation Thailand TV series episode 5, Susan shares her emotional Surgery Rollercoaster before returning back to Thailand with CosMediTour.

“As I hopped out of the shower, I shuddered at the sight of my body in the mirror. At 33, I was a far cry from the fit and firm woman I used to be. But that was the price I paid for having six beautiful kids, including two sets of twins. My pelvic floor muscles had weakened dramatically under their weight, too.

The kids erupted into fits of giggles when I reminded them of the sacrifices I’d made to bring them into the world. “You lot sucked the life right out of me,” I’d tease. Of course, I didn’t regret it one tiny bit but, truthfully, my post-baby body had sent my confidence plummeting. “You’re as beautiful as you’ve always been,” my husband, Peter, assured me. But my insecurities affected him, too.

Since having the kids, I only felt comfortable being intimate with the lights off, and even then it wasn’t as enjoyable as it had once been. My weak bladder had also made it impossible to complete long shifts at the lingerie store where I worked. I was petrified that I’d wet myself with the slightest cough or sneeze. Ashamed, I barely felt like a woman anymore.

One day I got so fed up with being down in the dumps I started looking into cosmetic procedures, even though I knew we couldn’t afford it. Poor Peter was so desperate to have his happy wife back that he agreed we could take out a loan if it was what I really wanted. “Anything to make you feel better about yourself again,” he said. I researched options online and found a doctor I liked. He had impeccable reviews but the problem was, he worked in Thailand.

At $8000, it was less than half the price it would be in Australia. Five months later, I kissed Peter and the kids goodbye and boarded my flight, bursting with excitement. The friendly surgeon instantly put me at ease as we discussed making my droopy A-cup breasts into perky D-cups. I couldn’t wait to see the new me!

The day after the surgery, a nurse removed my bandages so I could inspect my chest. My boobs were tender and swollen but for the first time in years they were sitting up where they should be. Back home two weeks later, I felt so confident and sexy, I couldn’t help but stare whenever I walked past my reflection. “I’m just glad you’re happy,” Peter said, smiling.

But then, one morning my right breast looked swollen and bruised. My GP said it was probably just a haematoma, a swelling caused by a build-up of blood. He sent me to hospital to have it drained but when I told the doctor there about my surgery in Thailand, he glared at me accusingly. “You probably have a serious infection,” he berated. He was so certain I did that he rushed me through for surgery without making sure. “We’ll remove the implant to clean out the breast tissue underneath, then put it back in,” he explained.

Afterwards, I woke to find Peter beside me, looking worried. I glanced down and cried out in shock. My right breast implant was completely gone! “It was going to cause an infection,” the surgeon told me. The next day, my blood test confirmed it wasn’t infected at all, I’d just had a harmless haematoma, as suspected. The surgeon didn’t apologise, he simply said they’d order in another implant in Australia to replace it. I was furious. There hadn’t been anything wrong with my original one, my doctor just didn’t believe a Thai surgeon could be any good.

I didn’t stop crying for four days. As weeks passed without a replacement implant, word spread online about what had happened to me. Then the doctors refused to operate on me at all. They had no legal responsibility so I was left in the lurch. My stomach sank when I looked at my lopsided chest in the mirror. I had felt like a woman again for three amazing weeks. Now my boobs were worse than before!

More insecure than ever, I hid my body from Peter and covered up in baggy clothes in public. My Thai surgeon offered to replace the implant for free and an online fundraiser helped me pay for flights and accommodation there. After going under the knife again, I came out looking much better but the damage had already been done. My right implant now sat below the breast fold, leaving my chest a mess. I despised looking at my reflection for another two years, and then my bladder problems became so bad I avoided drinking water.

This is what my life has come to, I thought, sick of it all. Then, one day I saw an ad for a plastic surgery tourism company, CosMediTour, on Facebook. Unlike the first company I’d booked with, this one was large and well-established. They were also filming a TV show, Operation Thailand. I knew they couldn’t risk giving customers a botched job. Maybe they could help me?

I messaged them and then a woman phoned me to find out more. She must have heard the desperation in my voice because she ended up finding me the perfect surgeon to fix my boobs and another one to solve my bladder problems. She explained the first doctor would remove the muscle damage in my breasts and give me a full lift with implants.

During that operation, a gynaecological surgeon would pull my vaginal muscles back into place, tighten up the muscles around my bladder and perform Labiaplasty surgery to tidy up my ‘lady parts’. It sounded like the answer to all my problems, and would only cost $15,600 – a fraction of the price it would have cost in Australia. By now Peter and I were in a better place financially to afford it.

Three months later, CosMediTour flew me to Thailand where they’d organised accommodation at a beautiful resort. Peter would leave the kids with relatives and join me the following week for support. When I woke up from the 10-hour surgery, I felt like I’d been hit by a bus. But two days later, I cried tears of joy at my reflection. “They’re perfect,” I choked, inspecting my perky breasts. Best of all, they were the same size! For the first time in years, I felt feminine again. “You’ve got a brand-new wife,” I grinned confidently to Peter when he arrived.

Back home, when my body had fully healed, we were intimate and it was better than it had been in years! Most importantly, I’ve regained my confidence, which has made me so much happier. Now I can focus on what’s really important, and that’s my beautiful family.” 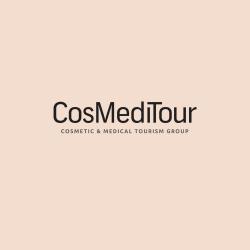 How to Pay for Thailand Plastic Surgery

4 Ways to Fund Your Procedure Whether you’ve got your heart set on a Breast Augmentation in Bangkok, a Rhinoplasty in Phuket, or any procedure in between, making the decision to get Plastic Surgery overseas is a huge commitment. While the procedure itself may be more... Did Someone Say ‘FREE Thailand Holiday’?

Before You Call The Optometrist… This is not a test! If you landed here to research your Plastic Surgery options, but now think you might need your eyes checked, fear not. This is real, and yes, that title really does say FREE! For a limited time only, we’re including... How Does Smoking or Vaping Impact Plastic Surgery?

The harmful effects of smoking and nicotine based vaping are a well-known, and there is definitely no question that doing so before or after surgery can significantly increase your chances of complications during recovery. It's for this reason that our Plastic... Am I A Suitable Weight For Surgery? The truth before you travel When deciding to go under the knife it's important to consider all the factors: Cost Expertise Care in recovery Results  No matter what your procedure, you need to be sure you’re in the best hands possible but, in Australia, those hands... Preservation Rhinoplasty | What You Need to Know

A technique by the masters Deciding to balance your facial features through surgery is not something you want to jump into without considering all your options. Rhinoplasty, dubbed ‘the nose job’, has been practiced by our expert CosMediTour Plastic Surgeons for... Post Surgery Considerations Careful post-surgery care and quality rest are paramount to your recovery. Your surgeon will provide you with care instructions that are specific to you, and you must follow these carefully to avoid complications and shore up the best...

5 Things to consider before plastic surgery

Pre Surgery Considerations Millions of people worldwide will undergo surgery each year. It is important to be informed about the elective surgery you are considering. All surgeries have potential and inherent risks and of course, benefits. It is important to...